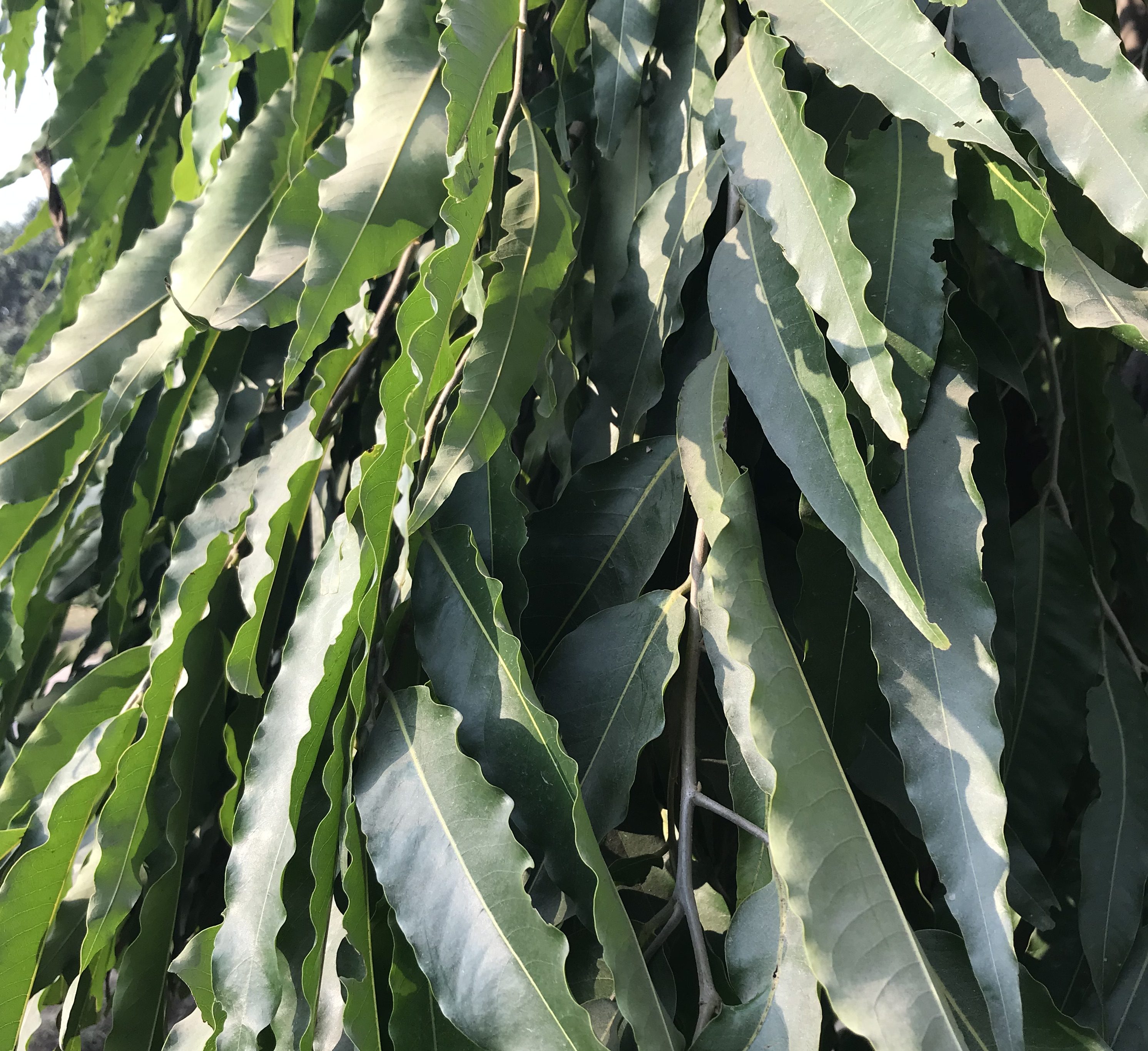 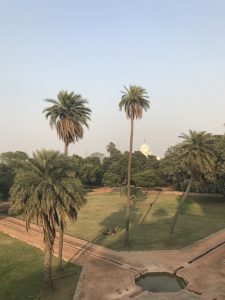 Delhi is incredibly green compared to my expectations. New Delhi is spread out, with tree-lined streets and frequent parks. This is no accident. When the new city was designed and built, avenues of trees were a major part of the plans. Specific species were chosen for different avenues, and many have thrived, despite the conditions.  “The Ridge” – an outcrop which ran outside the old city of Delhi and has now been subsumed by the sprawl – is left as a huge wild park of trees in the west of the city. Open spaces were carefully planned and conserved. Delhi feels proud of its trees and many are labelled, remaining a key feature from century-old schemes.

As you might expect, the story of these street trees and open areas is more complex than you might think at first look. Trees were selected by British arboriculturists and planners in the early 20th century, with the city’s avenues designed to match their size and scale. However the trees they chose were often from rainforest habitats elsewhere in India or the tropics, with the planners believing that that they were evergreen trees. Delhi lies in a drier “monsoon forest” area and during the driest season,  which is early in the calendar year, many of these trees will lose their leaves to conserve moisture. Trees – although they may survive being planted in a slightly different climate – will respond differently to the conditions. This leaf drop was not predicted when the plans were made for an abundance of street trees. Of the trees selected by planners to forest the bare Ridge area, many were also used to more regular, moist conditions and did not survive. The introduction of the Central/South American Prosopis juliflora (mesquite tree) to the ridge in around 1915 was initially hailed as a triumph in greening the area. But this tree has now become so successful, it is viewed as invasive and has decimated some of Delhi’s endemic flora.

And what conditions these trees have. At this time of year (November), the smog in Delhi is at its worst, though it is an all-year feature. My weather app describes the outlook in Delhi while we are here not as “sunny” or “cloudy”, but simply as “smoke”. This year, events like cricket matches have been cancelled due to pollution levels. How any of them are surviving is beyond me. Watering seems to be carried out quite diligently, with hoses and water pipes running across the strips of ground by roads and on roundabouts. But the baked hard ground and the toxic air must mean a huge struggle. 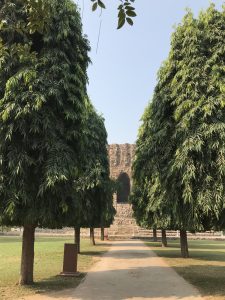 Yet the city streets and central reservations are lined with Plumeria (frangipani), Ficus species (figs and banyan), Pongamia pinnata (Indian beech) and Tamarindus indica (tamarind), among many others. These are coated in dust and exhaust residue and it is incredible that the trees overcome these conditions. A friend comments that he has seen the fire department out hosing down trees in the area of the government buildings, and the water runs off them thick and brown. Alongside the avenue trees, Palms and Agaves are liberally planted as decorative features. Cannas abound as more colourful bedding, and the Tradescantia pallida I have in my garden in summer is ubiquitous here as ground cover, as are various other tough temperate plants. Monuments and parks contain shaped trees – usually Polyalthia longifolia (Indian fir), creating topiaried avenues. 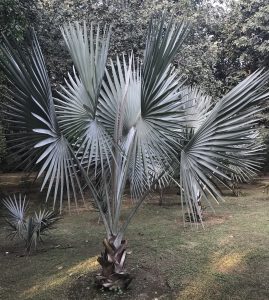 Delhi felt green and leafy (though not clean or quiet) wherever you traveled around the new city. That was an eye opener for me. I found an excellent book on the “Trees of Delhi” by Pradip Krishen, which was widely available. If you visit, I’d really recommend getting a copy beforehand and making some time to see the results of Delhi’s fascinating tree history.