Digging up the Bluebells 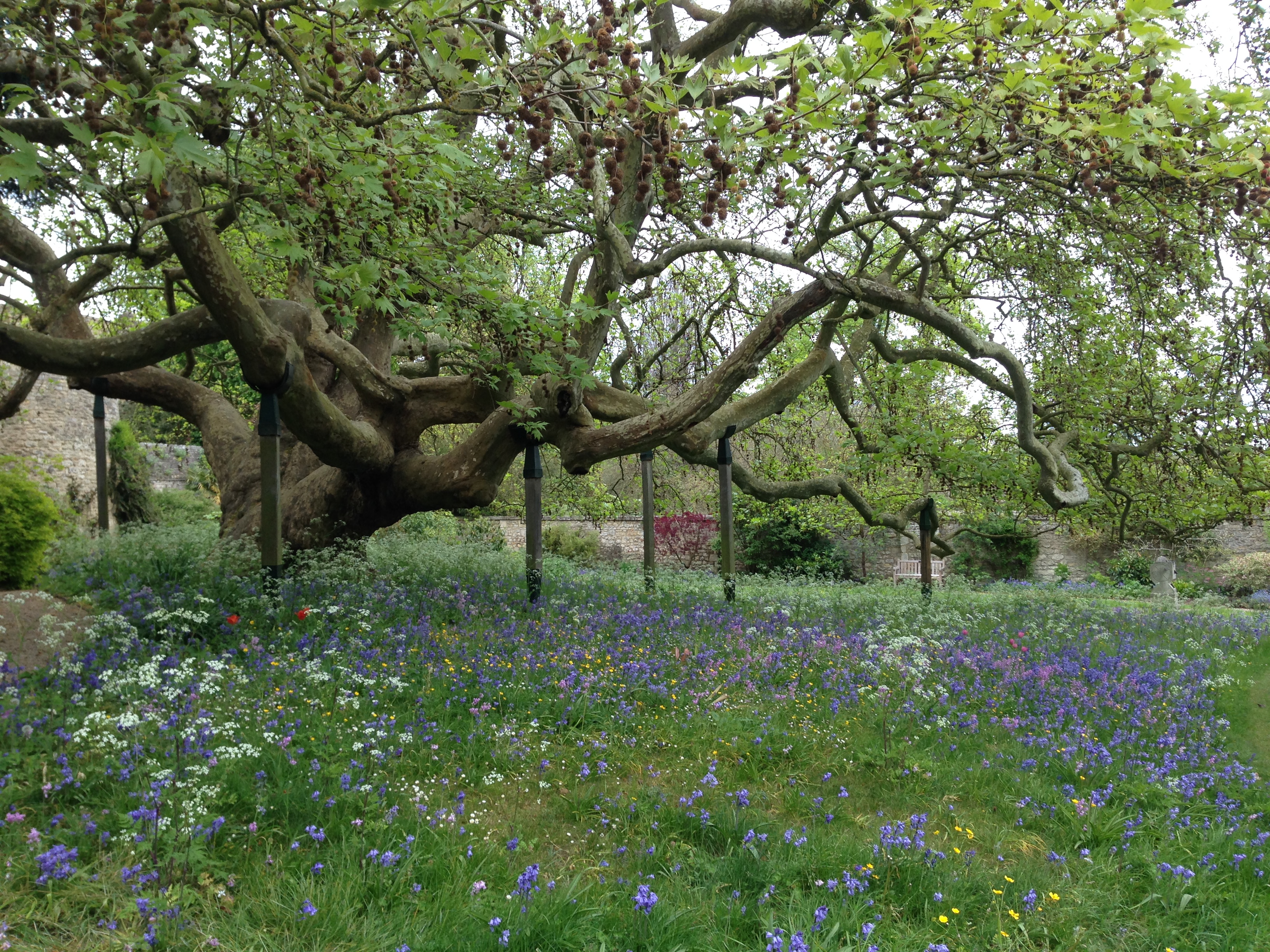 “Why are you digging up the bluebells? They’re so pretty!”
This is the comment I have had all week from garden owners and passers-by. I love bluebells, so I can see why their removal will seem like a contradiction. There are a couple of factors.

First: The horticultural basics. What is a weed? A weed, as the RHS also tells us, is a plant in the wrong place. So, if it happens to have sprouted itself where it doesn’t belong, a wonderful pink peony can be a weed in the same way as a dandelion. And so, bluebells can be as much of an invasive interloper in the border as bindweed or ground elder. They will spread, their bulbs dividing and multiplying underground, forming dense clumps and swamping carefully chosen ornamental plants. Once the flowers have faded, dense mats of wilting, strap-like leaves cover the beds for several months. Bluebells look lovely in the right setting – woodland, meadow or roadside. They do not usually belong in ornamental beds where we wish to grow a different range of plants. 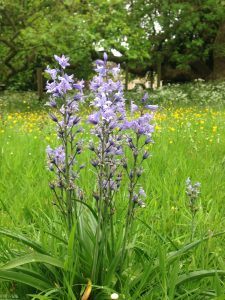 Bluebells are at their peak in late April to mid May, so in the last few weeks, as well as filling my wheelbarrow full of them, my media feeds have been filled with news of bluebells. If you don’t have your own, there are lovely places to see bluebells and walk in woods (their natural habitat) amongst them – whether they are English, hybrid or Spanish.

If you are considering having your own bluebells, then think about what to buy. Try to get English bluebells (Hyacinthoides non-scripta) from a reputable supplier. As well as the conservation issue, these will be less likely to take over your garden and, in my opinion, give more in terms of appearance and scent. Do not try to collect bluebells from the wild, this is illegal. And try not to worry about digging them out of the borders. (You probably won’t manage to get rid of all of them anyway….)

The Woodland Trust has been asking people to record their bluebells to help show the extent of the population in the UK and you can get involved here: www.woodlandtrust.org.uk/visiting-woods/bluebell-watch/

2 thoughts on “Digging up the Bluebells”